Team 2607 held its first GIRLS IN STEM DAY on Saturday November 11, 2017.  Girls scouts from 7 different troops participated in a day full of STEM related activities.  This year’s theme was “Women from NASA”.  The team had four different centers/stations which rotated different groups of girls throughout the day.

Each station/center was represented by a letter from STEM.

Here the girls were to make Space Lander Mission projects out of paper cups tape etc.  Then they were to test them to see which of those could withstand the fall from up the stairs.

Here the girls were given math problems to solve a bingo game.

The RoboVikings are planning to host GIRLS IN STEM DAY again this year in November. 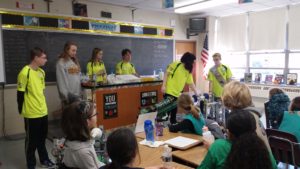 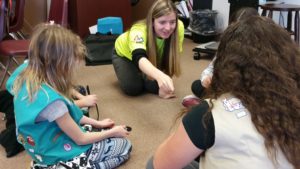 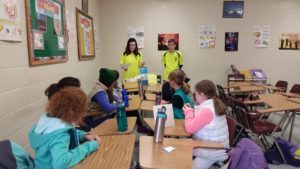 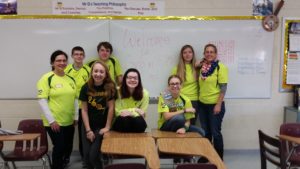